However, prime contract provisions not directly related to scope of work, such as a disputes clause, would not be incorporated into a subcontract under such a broad statement. 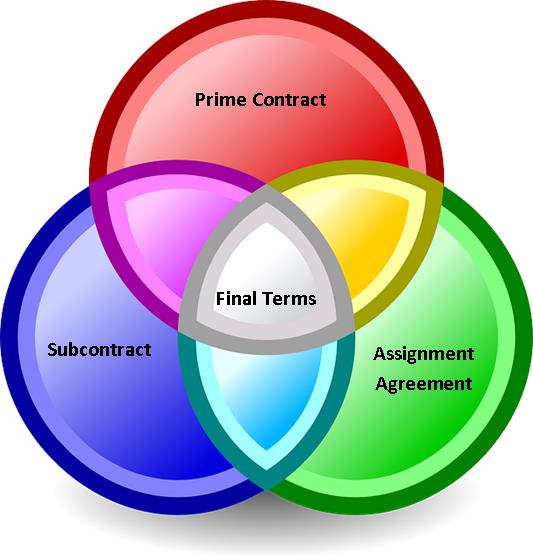 Use this diagram for this case.