Contractors, will your current insurance policy cover “your work” as a joint venture partner?

The typical answer is NO.  This is simply because your policy as a sole contractor is based upon a predicted scope of risk.  A JV’s risk is usually larger than a sole contractor’s risk.  Even a minority partner’s risk as a JV member is usually greater than as a sole contractor because each JV partner is liable for the entire risk of the JV, despite the JV agreement that may allocate that liability – that’s only applicable within the JV, not to outside parties.

Insurance coverage for a Joint Venture is typically either by: 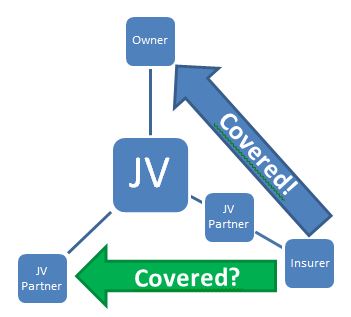 On a student housing project in Raleigh, NC, a new building under construction by a JV started to lean, damaging other portions of the building.  The JV and subcontractors repaired the work and out of the total repair costs of about $14.4 million, JV was responsible for about $4 million.

One of the two JV partners sought reimbursement from its own CGL insurer (not the JV’s insurer).  The JV partner’s Insurer argued that the JV partner’s separate policy excluded coverage for the partner’s liabilities while working as a JV partner.

Thankfully, the JV partner had previously purchased a separate JV Endorsement to cover its potential liability to third-parties as a JV partner.  The Court did not rule on whether there was coverage  for liability between the two JV partners (i.e., liability within the JV, not between the JV and third-parties).